That’s a true statement for me. I’ve always needed recovery, and deep down–even while using–I wanted it. But it just simply wasn’t possible until I took a step and actually went for it 100%. My name is Mike. I’m a recovering heroin addict, and this is my story.

I grew up in a loving middle class family in Sacramento, CA. I attended a private Catholic school, and had almost anything I wanted. Around 6th grade, I got involved with the wrong crowd and began doing drugs. It started with drinking a little bit and smoking weed, but I tried ecstasy shortly after and it became my “thing.” I spent several years doing that while the types of people I associated with got progressively worse. Before long, I was selling drugs, running around with a couple of gangs, and of course, still doing drugs.

The drugs started to take a toll on my body and I got kidney stones almost weekly. Due to the severity of the stones, I had prescriptions for both Oxycontin and Dilaudid at a pretty young age.

After my first introduction to opiates I knew I found what I was looking for. The doctors noticed and cut me off, so I switched to heroin. I gradually withdrew from all my family and friends, and my life became unmanageable. I decided to move to Florida with a friend at the height of the Oxycontin/Pill-mill explosion, and I spent many years in a haze, until one day, I made a decision that drastically changed my life.

I was withdrawing from opiates. Desperate for relief, I robbed a pharmacy for Oxycontin.

I spent a long time in jail, and was eventually sentenced to Florida’s Department of Corrections. My family and friends back in California hoped this would be the end of my drug problem, and they hoped I would get help.

Instead, I continued to use the entire time I was in prison. I was called to the Classification/Parole department, the administration board that handles releases. I was told that if I agreed to leave the state of Florida I would be released early and returned to California. I agreed to their terms, and about six months later, I was free.

When I got back to California, I lied to my family and friends. I said I was going to be different and stay off the drugs just so I would receive their help. Meanwhile, I was just making new using buddies and finding new places to do heroin.

I spent many years in a heroin fueled haze in Sacramento. It didn’t take long for me to get back into illegal activity to support my habit, and once again, I found myself back in jail—this time for fraud, going through preliminary hearings and proceedings that would determine my fate for the next few years. After many years of nearly uninterrupted heroin use, I went through an awful detox alone in jail.

Every other week the fellowship of Narcotics Anonymous brought meetings into the prison through its Hospitals and Institutions program. One day, I decided to attend meeting.

I’m not really sure why exactly I decided to go. Maybe it was just because I wanted to get out of my cell. Maybe it was actually a deeper desire to change. Looking back now, I’d say it was a little bit of both.

Two weeks later, I was transferred to prison. Except this time, I did not use like last time, and got serious about my recovery. In the time I was incarcerated, a majority of the family that I had alienated due to my addiction came back into my life, and not because of any empty promises. It was because they could see my motivation and desire to do the right thing through my actions.

I served my time and was released. Santa Cruz county was the original arresting agency for this case, so even though I was sentenced from Sacramento I was released to Santa Cruz, CA. Today I am very thankful for that, because Santa Cruz plays a huge part in my staying clean. I immediately got a sponsor and began working the steps, which I am still actively doing everyday. I took an H&I service commitment at a local treatment center, because H&I meant so much to me when I was in prison and I felt I could relate better to those that were locked away from recovery.

With the help of my sponsor and other close friends I founded an organization called Nor-Cal Recovery, which keeps me active in my own recovery and also allows me to participate in the recovery of thousands of other people all over the county. Being apart of that group also allows me to give back to several communities I tried so hard to destroy with my past behavior. I also decided to go back to school and major in psychology so I could further give back.

Had you taken a look at my life two years ago, you would never have predicted where I would be today. There’s a lot of people in my life today that I’m very thankful for and I love every single one of you. 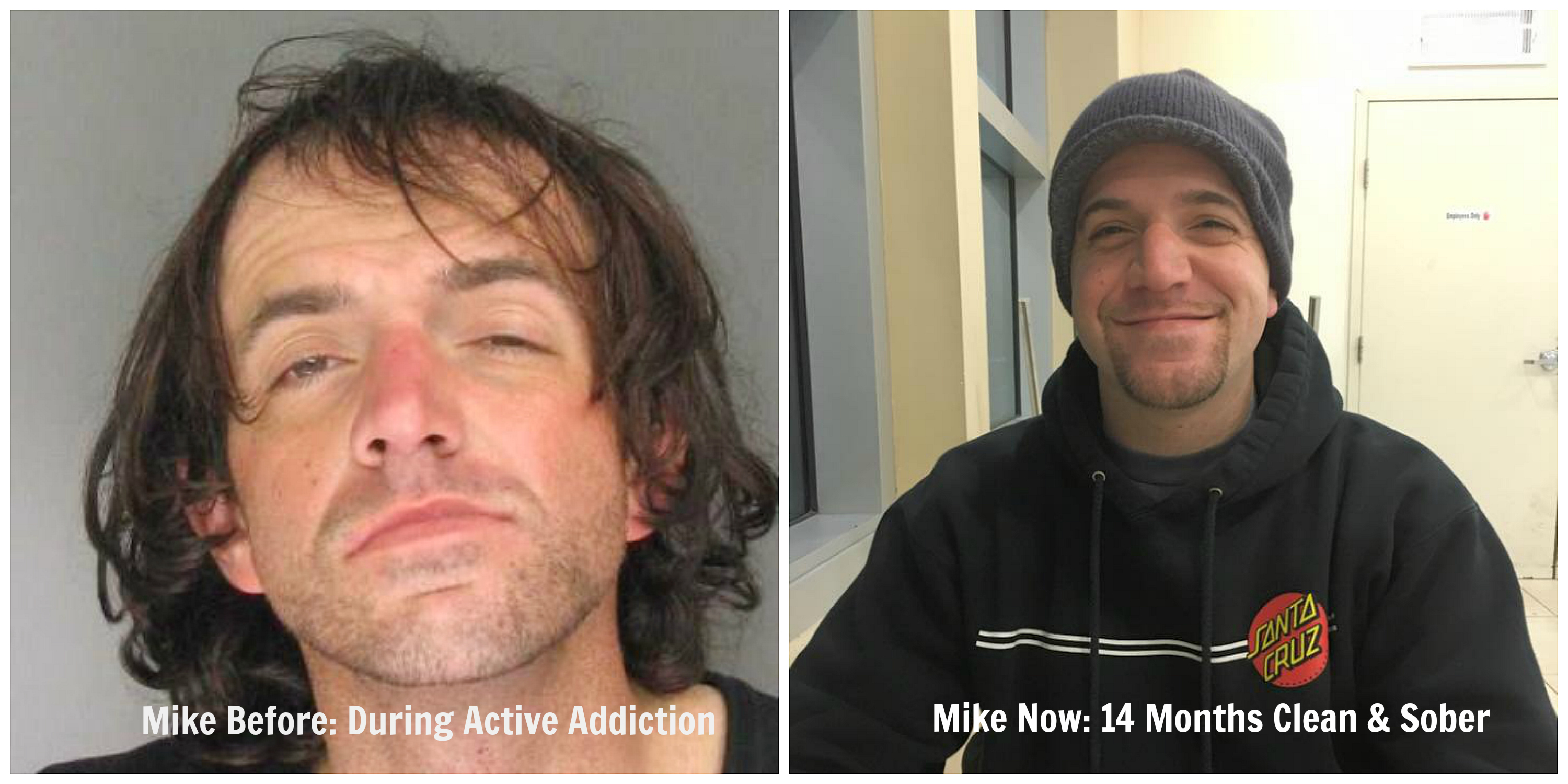 Our Professional staff at D’amore Healthcare is here for you. If you have any questions regarding help for yourself or a loved one please contact our admissions department 24 hours a day at 714.375.1110 or fill out the contact form.

Your blog is a breath of

Your blog is a breath of fresh hope, for me. My older brother, 12 plus years of heroin addiction, has relapsed 3 times since May. Prior to May, he was clean for 16 months, (the longest he’s ever been in recovery). My days have felt very hopeless lately. My thoughts have shifted to his potential death, and what I would say to my daughter about her favorite and bestest Uncle going to heaven.
But, your words and your story, is exactly what I needed to read to bring hope back into my life, my thoughts and my daily support, love for my big brother.
Thank You